Blues in the Schools and Guitar Lessons, Bass Lessons by KBW Winner for Keeping the Blues Alive in Education from The Memphis Blues Foundation 1999.

click >>>  SLIDE SHOW of our work doing Blues in the Schools! 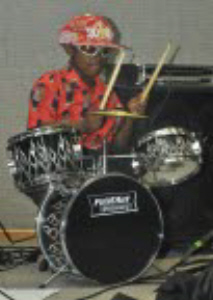 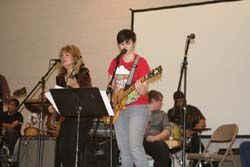 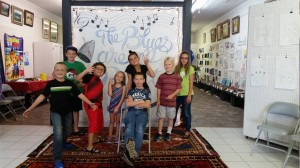 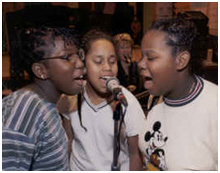 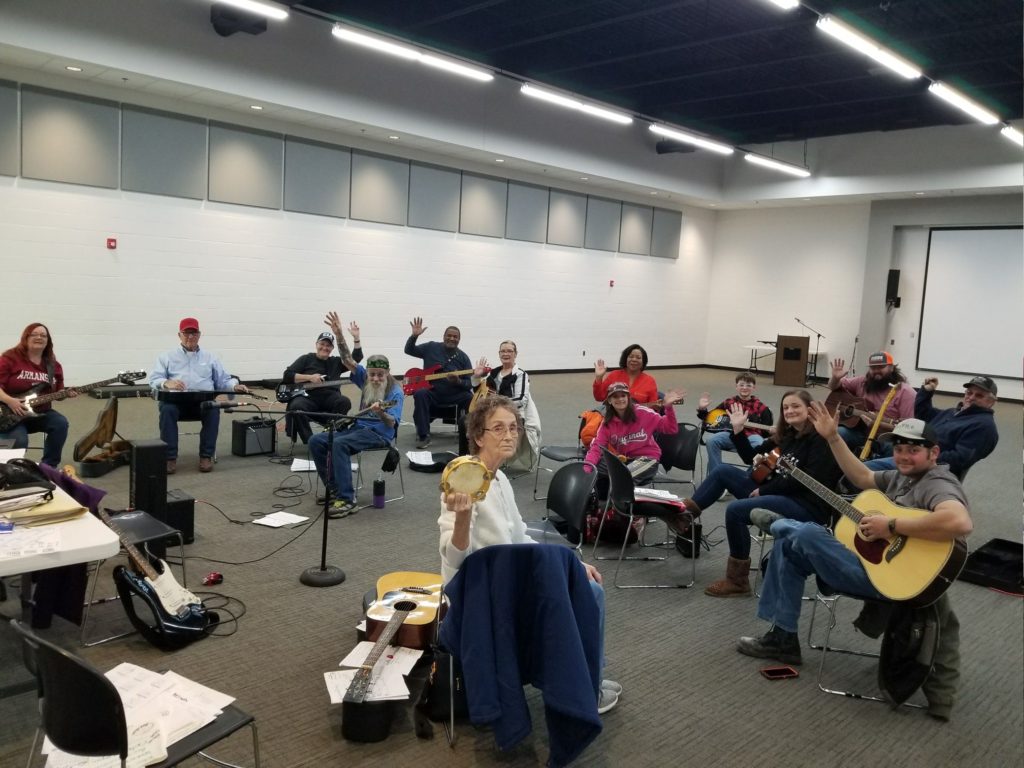 MLK Center sponsored by MAAC guitar and bass class!
EVERY THURSDAY 4 – 5 in the winter …Jan til end or March 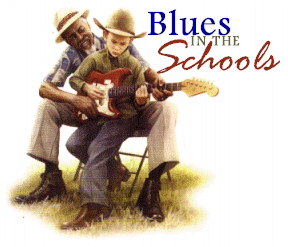 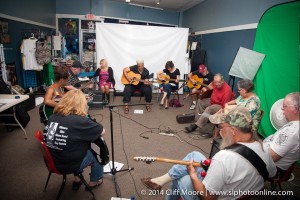 ALSO SEE:LEARN TO PLAY AND BLUES IN THE SCHOOLS tab
http://dcminnerblues.com/events-gigs-tours/ 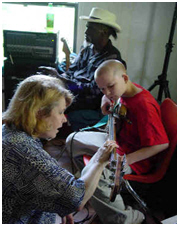 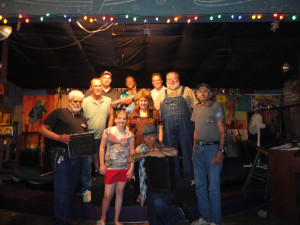 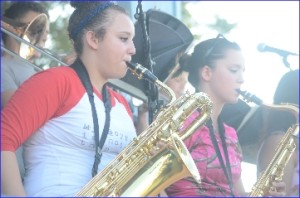 Ten classes a day thirty minutes each all ages 4, 5, 6 years old…..”Hey Hey the Blues Are All Right!” 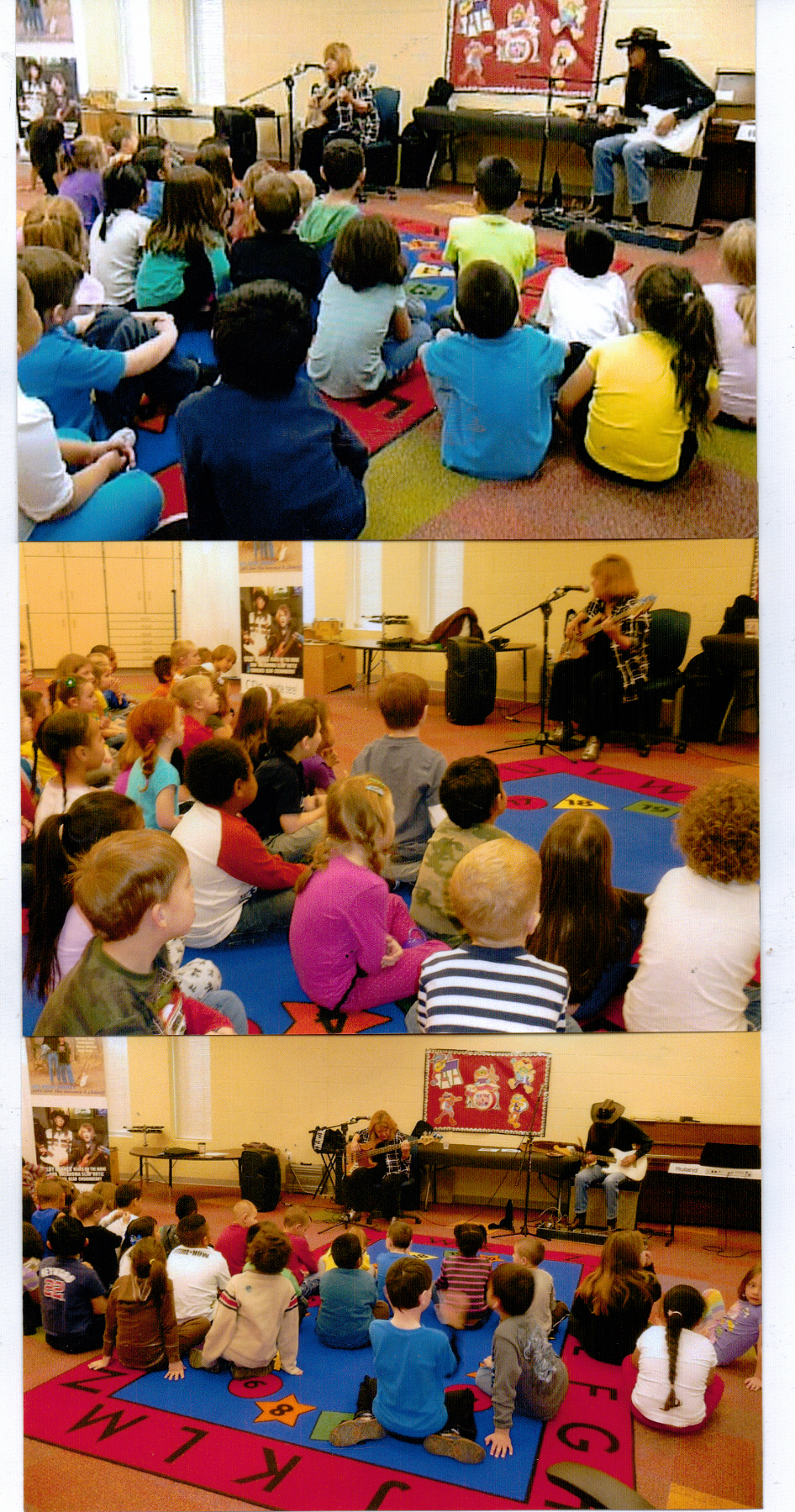 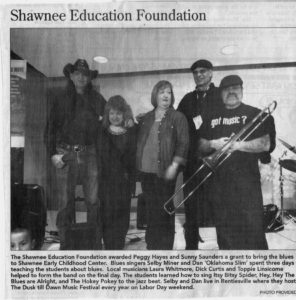 We put on a performance last period of the residency and any students we see each day (target groups) get to be in the show. They dance or sing or play percussion. Skills we develop include:

• Confidence from performing in front of your peers: transferable from music to all of life

• Working together as a group and rehearsal skills

• Decision making ? we work from a sheet of 50 age-appropriate songs, they vote on song choices, etc.

BIO with an eye to Education:

Selby Minner is an inductee in the Oklahoma Blues hall of Fame. She is a life time student of the music having been the bassist and singer with OK blues legend D.C. Minner for 31 years. She has performed with Little Johnny Taylor, E.G. Kight, Albert Collins, Hubert Sumlin, Tony Mathews and many more. She loves teaching and the kids she teaches love the electric guitar. She currently has Dan Ortiz on lead, an exciting classic rock blues guitarist.

Together with D.C., Selby won an international “Keeping the Blues Alive Award” in Education and has been featured in Living Blues Magazine, Black Entertainment Television and on the Oprah Winfrey Show. The pair performed across the nation, overseas and at home in Rentiesville. The couple’s invigorating residencies incorporated numerous curriculum areas including performance, math and history. Since the passing of D. C., Selby brings in another musician all week and adds the drummer on the day of performance so that the students will be able to sing, dance or play percussion (their choice) in a true band performance. They will also be able to trace Rock and Roll music of today back to its Blues origin.

Blues in the Schools

they awarded Selby the KBA in Education, along with D.C. in 1999. 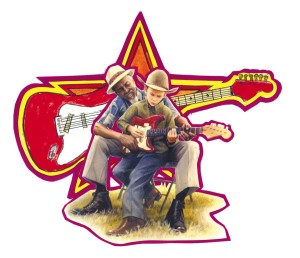 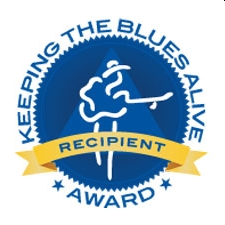 WHAT TYPES OF PROGRAMS ARE AVAILABLE?

The programs performers offer are the following:

A one hour school assembly

An all day workshop that either moves from class to class or remains in the same classroom all day.

Artist in Residency programs that last from a week to a full month. These usually culminate in an evening performance or performance at a where the students actually get to BE IN THE BAND!

WHERE DO I LOOK TO FUND THESE PROGRAMS?

Funding such workshops requires a creative search of all the monetary options available.

There is also PTA money available at every school for the enrichment of the school. School Improvement Councils put money aside for assembly programs and could be approached, especially during Black History month, to fund a school wide program.

A local blues society or blues festival could help underwrite the cost.

More costly Artist in Residency programs might need the corporate sponsorship of a local business.

An evening concert in the community by the performer can perhaps be tied into grant money. Thus a small grant can be augmented by a full house show at night.

CAN BLUES IN THE SCHOOLS WORK?

Remember how influential music is in the lives of children. At a time when there are budgetary cuts of arts programs across the country, Blues in the Schools can reach students in a way few other curriculums can.

WHAT’S MY NEXT STEP?

The Blues Foundation has an extensive list of contacts. You can find them here.

What I found out is that blues is more than music; it is the life story of what African-Americans endured in the South. — A high school student

I have been taught something that cannot be measured by grades; I have been taught to listen to music. The magic I’ve found is that through the musician singing about the trials of his life, it manages to brighten up mine. The first time I felt that, I began to understand why the blues came about. — A high school student

Research has proven that students exposed to the arts as part of their core curriculum test higher in every other subject and develop superior problem-solving skills. — Association for the Advancement of Arts Education 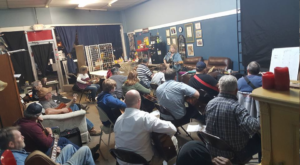 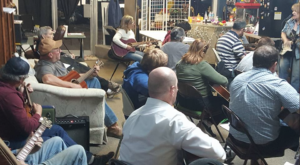 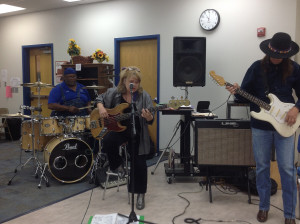 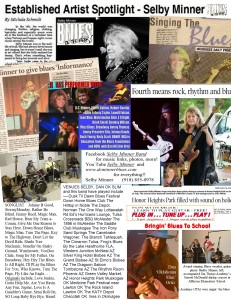 FROM THE MEMPHIS BLUES FOUNDATION PAGES (the people who gave D.C. and Selby the KBA in Education in 1999)
WHAT BLUES IN THE SCHOOLS IS:

The most effective BITS programs utilize a classroom curriculum that affects many students and disciplines. A comprehensive curriculum of one week to a month in length can address the main educational issues of the next century, inter discipline and diversity.

HOW CAN BLUES IN THE SCHOOLS FIT VARIOUS SUBJECTS?

Subjects like Music, Art, English, and Social Studies are natural fits, while creative teachers can individually figure ways to tie Math, Science and Tech Ed to a BITS unit.

Just a simple activity like designing a CD package enlists Art, English, and Music disciplines. When students plan out the touring itinerary for a band, they will utilize Math, Geography, and Language Arts skills in their planning of a month on the road.

At the high school level, the in-depth study of the sharecropping system in the Mississippi Delta combines English, Social Studies, and Music to deliver a very crucial understanding of the relationship between these social and cultural factors in the birth of the blues. 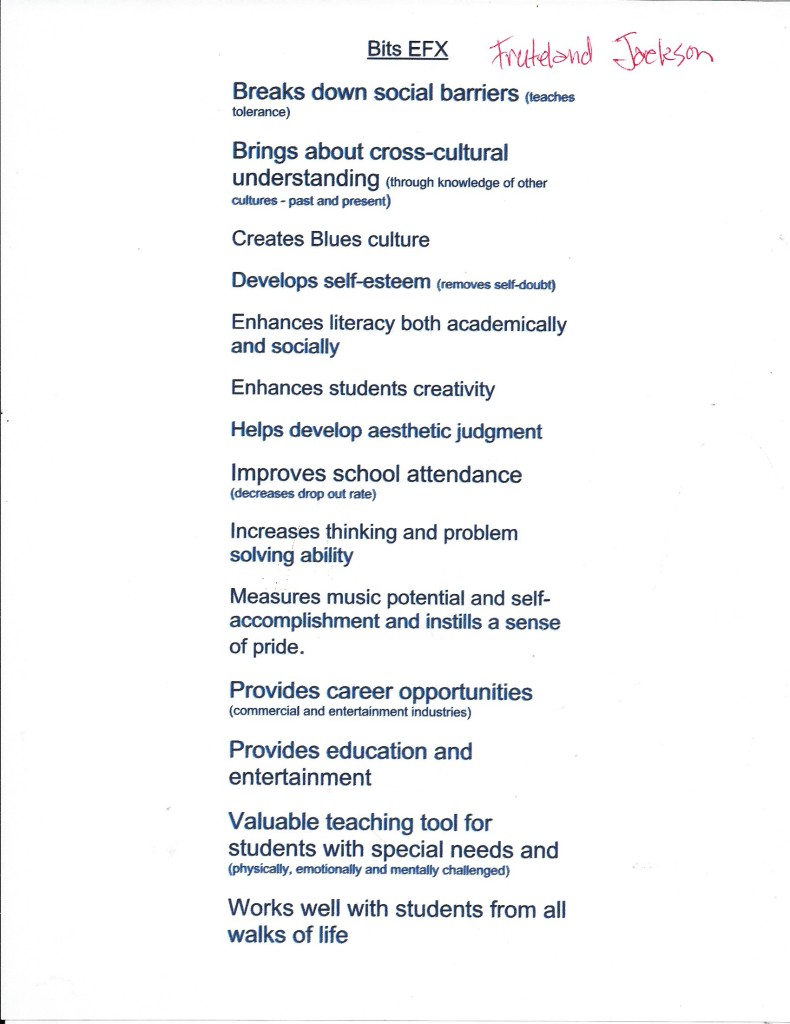 At a time when Dubois’ words still echo, an understanding of this truly original American music form allows students to appreciate this and other contributions of African-Americans to the world. The study of the blues is the study of the culture that produced this music. This cultural study is an investment in the human spirit

Studying the blues can give students deeper understanding of the rural and urban African-American culture.

Students can be shown the essential part these rural lyrics played in the African-American oral traditions. Lacking an educational system, these early country blues men and women created beautiful poetry that responded to the conditions of their world. Sometimes the lyrics expressed the anger they could not speak. Other times, they painted a vivid picture of African-American life in those fields.

At the same time, the music incorporated danceable rhythms and so called “blue notes” that could assuage the day’s Jim Crow encounters.

Music reflects the feelings of the times. Through the blues, student listeners can feel what happened in those times and know to apply it to today.

The idea that studying music improves the intellect is not a new one, but at last there is incontrovertible evidence from a study conducted out of the University of Toronto.

The study, led by Dr. E. Glenn Schellenberg, examined the effect of extra-curricular activities on the intellectual and social development of six-year-old children. A group of 144 children were recruited through an ad in a local newspaper and assigned randomly to one of four activities: keyboard lessons, voice lessons, drama lessons, or no lessons. Two types of music lessons were offered in order to be able to generalize the results, while the groups receiving drama lessons or no lessons were considered control groups in order to test the effect of music lessons over other art lessons requiring similar skill sets and nothing at all. The activities were provided for one year.

The participating children were given IQ tests before and after the lessons. The results of this study revealed that increases in IQ from pre- to post-test were larger in the music groups than in the two others. Generally these increases occurred across IQ subtests, index scores, and academic achievement. Children in the drama group also exhibited improvements pre- to post-test, but in the area of adaptive social behavior, an area that did not change among children who received music lessons.

E. Glenn Schellenberg is currently with the Department of Psychology at the University of Toronto at Mississauga. He can be reached via e-mail at g.schellenberg@utoronto.ca.

Psychological Science is ranked among the top 10 general psychology journals for impact by the Institute for Scientific Information. The American Psychological Society represents psychologists advocating science-based research in the public’s interest. 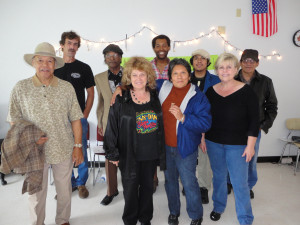 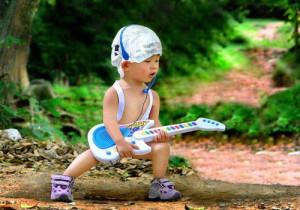