INCREDIBLE PHOTOS  click on link History of the fest 22 pp

REMEMBER!
this Festival brought you WATERMELON SLIM years ago, Jimmie D Lane in ’94, Rosie Ledet and Kelly Joe Phelps in ’95, Deborah Coleman in ‘96, Indigenous and BlindDog Smokin’ in ‘97 and Michael Burks in ‘98(!!!) …Way before anybody else even knew who they were. . .  ALSO 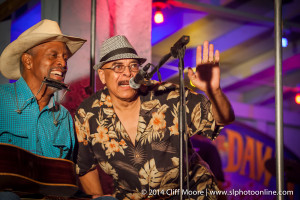 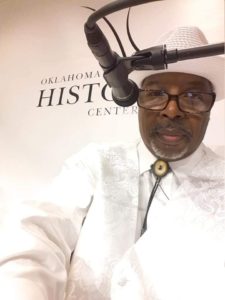 Oklahoma Today wrote: Red Dirt Blues – Many establishments are dedicated to the legacy of the blues, but none displays the spirit of the genre in Oklahoma like the former bootleg juke joint that is the Down Home Blues Club in Rentiesville. At the Dusk til Dawn Blues Festival , Oklahoma acts and nationals like Johnny Rawls will play all weekend to celebrate 25 years of festivals and the late blues Legend D.C. Minner. facebook Selby Minner or DC Minner Rentiesville Museum / For Blues Inc

2015 LINEUP for the RENTIESVILLE BLUES FESTIVAL 2015 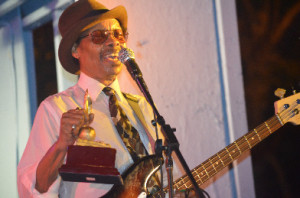 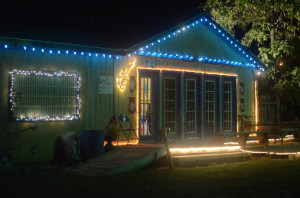 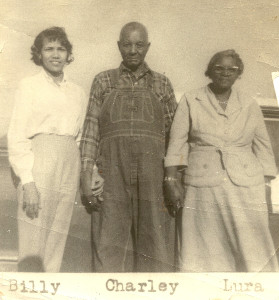 BACKGROUND: Blues on the Move

D. C. Minner worked out of Oklahoma City all thru the late 50’s and the 60’s as the bassist and bandleader with Larry Johnson and the NEW BREED. This group was the top OKC blues/R&B band and they were a ‘pick-up’ band who traveled with and backed many national acts on parts of their tours. They did this with Freddie King for two years, moved to Memphis and did this for O. V. Wright. Also out of OKC for Eddie Floyd (Knock on Wood), Chuck Berry and Bo Diddley and many others.
D. C. moved to Witchita KS in different formations of this group, Denver, and later to Los Angeles. There he had a band with Tony Mathews, someone he grew up with as Tony was from Checotah. In the 70’s he moved north to Berkeley and the Redwoods (Whale Gulch, Whitethorn), and switched from bass to guitar. After this he grouped with Selby who had moved to Berkeley after finishing art school in Providence RI at RISD. She had traveled and performed her way west with Jim Donovan (guitar, vocals), as Home Cookin’. D. C. found himself using the ODYSSEY bar on San Pablo Ave. as a lab for his new songs and new instrument. Selby was holding down some Saturday night spots there, and with the encouragement of friends they formed BLUES ON THE MOVE in 1976.

HISTORY OF THE FESTIVAL
Twelve years on the road performing, and D. C. and Selby Minner were ready to move back to Oklahoma – DC’s birthplace – in RENTIESVILLE and re-open his grandmother Lura’s Cozy Corner as the Down Home Blues Club. That was in 1988.
The Festival grew out of the all-night club. DC enlarged the place, and the first Festival filled the enlarged club up two weeks after it was finished.Seven bands with Little Johnny Taylor as the headliner. They were hoping for 350 people, and when 700 came thru the door that Sunday afternoon they figured they were onto something good.
The next year Big Ray came down with his bulldozer for two weeks, they put up a fence and built the outdoor stage and went to two days. Two nights, really as the nights are cool in rural Rentiesville, even if it is hot in the daytime.
The couple had met so many friends scattered across the country from the 12 years of touring, that they figured if they had one weekend a year with a great reason to get here (try 30 bands!!) the friends might get to meet each other. Also they knew lots of great musicians who weren’t playing festivals and who were sure qualified.
The Rentiesville Fest has turned into a reunion of sorts, both for musicians and fans. A showcase for great regional blues bands – headed up by 5 international stars – many on the move up through the ranks, and proud to be included in the Rentiesville tradition – and a focus for the music loving community across the state and beyond.
As the Festival has grown many people have come on board to help make it happen; it’s far too much for one or two people to do. So we are grateful to these wonderful people who help make this three night event happen. Eddie Bagwell from the Blues Soc of Tulsa wrote:
“If you want to discover what the blues is really all about, you’ll make plans for this one next year. ….It was so beautiful and pure, I wish you were all there”

When D.C. and Selby Minner started the Blues Festival in 1991, someone who lived there said “no one can find Rentiesville – not even Little Johnny Taylor” wrong! 700 people came in that Sunday afternoon. Little Johnny Taylor and 6 other bands put on an awesome show.
A couple of festivals later Selby was talking to the Blues Foundation in Memphis. They said “Blues Festival? –we didn’t know there was any Blues in Oklahoma.” (!!) But when they sent their writer, he wrote in their newsletter “Suffice it to say ‘all night party’ is a pretty apt description, – this Festival is a must-see to say you are in touch with the Blues scene in this country today!” Rentiesville rocks!
One year it rained on us and fans were calling it the Blues Woodstock.
You keep music alive by enjoying it… and Blues is some of the best party music ever created. “Hey Everybody, Let”s Have Some Fun!” “Gonna Rock this place tonite … all nite long…we ain’t never going home!”

Minner on the Festival:

“Well, if you do something long enough, eventually you hope you get good at it, and I am really proud of this year’s lineup! This is a community of music lovers. It has been a hard year for people…so much rain, and lots of stress…just watch the news… people need to come together and share the love. Nothing brings people together like music, particularly Blues, and the Festival draws a wide variety of people from near and far… everybody is here…and we hope you will mark your calendars and be here too!” 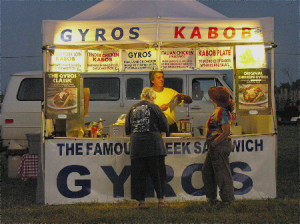 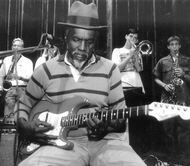 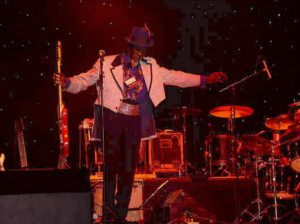 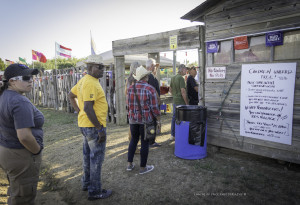