Friends of Rentiesville Blues and Selby Minner are proud to announce a full line-up of local, regional and national acts for the 27th annual Rentiesville Dusk til Dawn Blues Festival, slated for Labor Day weekend. The festival will be held at the old Minner family-farm-turned-venue, the Oklahoma Blues Hall of Fame on Sept 1 – 3

DUSK TIL DAWN BLUES FESTIVAL IN OKLAHOMA
the best music ever by bands you may not even know!

“If you really want to get off the beaten path, check out this all-night blues festival in tiny Rentiesville, one of Oklahoma’s few surviving historically all-black towns. Night owls dig the blues from 5 p.m. to 5 a.m. for three days straight. ”   Denver Nicks; National Geographic

Oklahoma Blues Hall of Famers will grace the stage in abundance this year in Rentiesville. At least 10

JOHNNY RAWLS keeping the Mississippi Blues alive and on the road non stop for years. He was voted Soul Blues Artist of the year by the Memphis based International Blues Foundation…charms the ladies, and the men love him too! Red Cadillac is his hit …also I Say Yes, Yes, Yes, Yes, Yes! You have seen Johnny here before… and this year hw will be back, Friday night only

Harry Williams OBHOF
Harry will play drums behind several artists over the weekend and provides drum sets on all three stages and does airport shuttle as required. From Tulsa he was Flash Terry’s drummer for years until his death and runs the Sunday jam session a the Cimmarron Bar in Tulsa – 10 years.

Lem Sheppard OBHOF
He has performed across the United States, South America, Africa, and at the Kennedy Center. Lem composed and performed the soundtrack to the PBS documentary Black, White and Brown, is a member of the Oklahoma Blues Hall of Fame and a recipient of the Kansas Folklore Societys Joan OBryan award. Sheppard has performed with Taj Mahal, Jimmie Lee Robinson, Little Charlie and The Night

Roger Hurricane Wilson    OBHOF
This year, Roger is celebrating his 41st year as a professional musician. . He has toured over a million miles, shared the stage B.B. King, Buddy Guy, Dickey Betts, Hubert Sumlin, and John Mayall, just to name a few. In addition to having 14 CD’s on the market, for the last 10 years, Roger done extensive work doing Blues in the Schools

BONNIE McCOY http://archive.org/details/scm-249642-bonniemccoy the niece of Memphis Minnie, Bonnie McCoy. Her heritage includes her father George McCoy and his sister Ethel McCoy (who sang with Chuck Berry in the 50′s). George’s brother, Kansas Joe McCoy, recorded and performed with Minnie in her hottest years. Bonnie raised her family and now has time to peruse her dream to be a blues singer in the family tradition. Last year, Seattle based Arcola Records released her debut recording “Child of the Blues” with liner notes by Dr. David Evans (Professor of music Memphis University). The CD was produced and released by Bob West, the host of “King Biscuit Time” on the now defunct radio station KRAB-FM 107.7. “Child of the Blues” features Eric Freeman along with Northwest artists Ashley Durant, Anthony Estrada and Mike Daugherty.

A complete concert, entertainment, musicial, television, radio, and video production company. One of Oklahoma’s largest entertainment, production, broadcasting, combination company. For more information please visit our website or call us at 918-402-7721. You can also email us at lrp@rollersonproductions.com

Leon Rollerson, a Legend from Tulsa: Leon is a bassist and vocalist and a very busy man. he runs “A complete concert, entertainment, musicial, television, radio, and video production company. One of Oklahoma’s largest entertainment, production, broadcasting, combination company. For more information please visit our website or call us at 918-402-7721. You can also email us at lrp@rollersonproductions.com”

Deb Bynum She comes in from Stillwell and also covers the event as a photographer.

Shiron and Oscar Ray Barebones Movie Productions
this is really a labor of love as they come and stay the entire festival and document the performers on the main stage each year – 7 bands per night for three nights for about the last 10 years. they also project the performance on the large screen down by the stage.
Local and great. a very versatile guitarist/singer/entertainer from jazz to western to funk to Spanish to blues guitar. Harley lives in Muskogee and will do a fun and entertaining set.

a retired professor from NSU born and raised in the all black township of Taft harold brings a rockin good time with his singing and acoulsitc guitar – and don’t forget the stomp box which takes the place of a drummer. Recently played at the OKC History Center to standing room only. Harols plays the back porch stage.

Service Description: A life in the music, Wonda came up in a family of musicians in OKC. She is a dancer and entertainer as well as a singer…fun times!

Dylan Whitney
Lean and young, Dylan works his guitar over and people love him. From the Tulsa area he loves the music…it shows.

Jerome Robinson, bassist in from Florida

Jimmy Preacher Ellis – Despite picking up and moving a lot over his career (Seattle, LA, Honolulu, New Orleans, Tulsa, and Dallas have all at one time been been home), Jimmy “Preacher” Ellis is “an Arkansas soul brother” by birth, and an OBHOF inductee.
. .  in from Los Angeles with his band soulful West Coast Blues w Oklahoma roots.

Selby Minner  Blues On The Move   OBHOF   Performer / Educator
The talented singer/bassist/guitarist Selby Minner comes to rock the house. Inducted into the Oklahoma Blues Hall of fame, recipients of the prestigious Keeping the Blues Alive Award (in Education)and founders of the Rentiesville Dusk till Dawn Blues Festival, Selby and her late husband D.C. have been the hub of the Rentiesville Blues scene for over 20 years! She now fronts Blues on the Move. Chosen Blueswoman by Legacy Keepers R Us and the the Barebones Film Festival.  She has been featured in Living Blues Magazine, on Black Entertainment Television, the Oprah Winfrey Show, OETA and NPR. She has performed with Albert Collins, Lowell Fulsom, Drink Small, Little Johnny Taylor, Hubert Sumlin, Tony Mathews, and opened for Koko Taylor, Albert King, Bobby Bland and Buddy Guy among others. Selby has been inducted into the Oklahoma Blues Hall of Fame housed in Rentiesville and the Oklahoma Black Museum and Performing Arts Center through the Larry Johnson Foundation. Selby is a seasoned and fun blues singer/bassist who is working with guitar slinger Dan Ortiz on lead. She toured non-stop for 12 years with blues legend D.C. Minner across the US and over to Belgium and Holland before settling at his birthplace of Rentiesville, Oklahoma. There they established the Down Home Blues Club and founded the Dusk til Dawn Blues Festival around 1990, both which continue on to this day. The Festival has gained national attention, and presents more than 200 blues musicians for three days every labor Day Weekend.

Dorothy Ellis was inducted into the Oklahoma Blues Hall of Fame in 2004. In 2006, she conducted a symposium/dance at the Gerontological Society of America. DVD housed at Columbia University Archives. She has been featured on “Is This a Great State or What?” on Channel 4 in Oklahoma City with Galen Culver. Ellis has also been featured in magazines including Elmore, King Biscuit, Southwest Blues and Edmond Life and Leisure. She has performed with Richard “Groove” Holmes, Little Joe Blue, Drink Small and opened for Bo Diddley and BB King. She has appeared at festivals including Arcadia, Pinedale, Southwest Blues Heritage Fest, Dusk til Dawn and more. The Oklahoma Gazette called her the “The First Lady of Blues.” Blues Travelogue said Miss Blues Band “was drenched in authenticity and performed with a passion that I haven’t seen in years!” 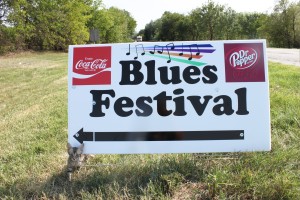 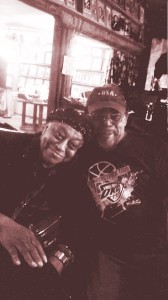 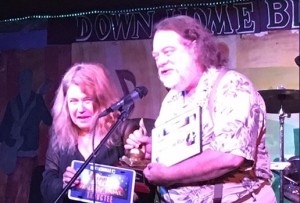 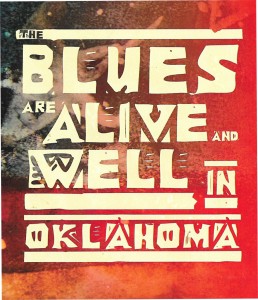 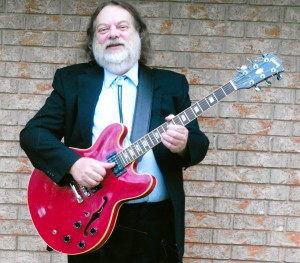 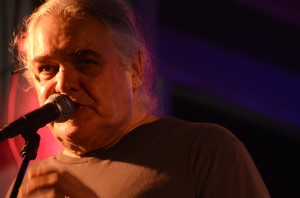 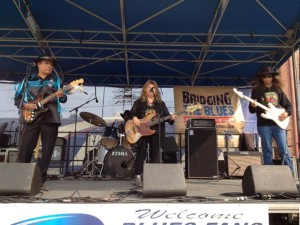 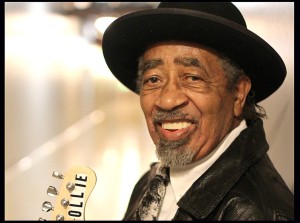 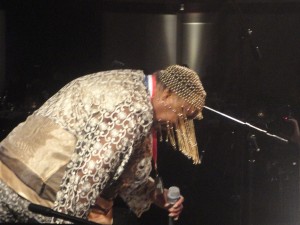